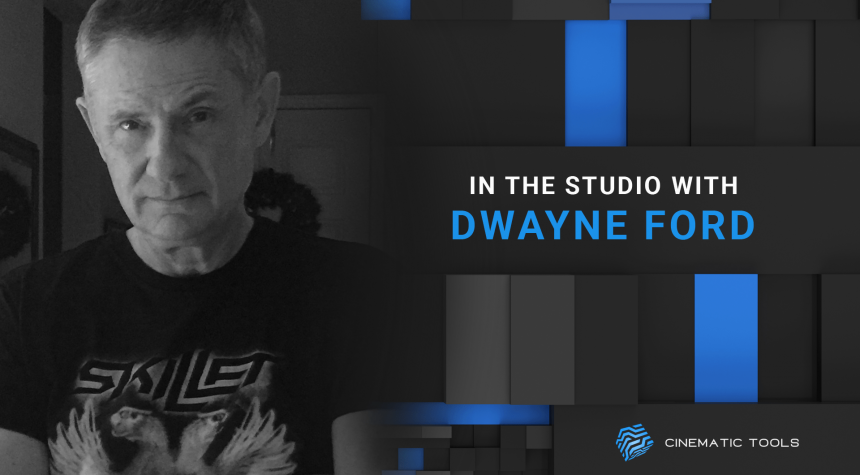 This week we had the pleasure of hanging out in the studio with cinematic music composer Dwayne Ford and got the opportunity to ask him a few questions. For those that don’t know, Dwayne has composed music scores for a number of films – primarily TV documentaries. Shortly after, he moved on to “Epic” music production which, if you are unfamiliar with the term, is the kind of music you hear in big Hollywood movies.

He used those composition skills to create his last 9 epic music albums which are cinematically huge, classically orchestrated modern music. He was given the opportunity to go in that direction by a major California based publisher, Song To Your Eyes Ltd. who provide music for major Hollywood movies and the promo trailers that advertise those movies. His music even aired during the 2017 Super Bowl.

Check out some of Dwayne's Work!

Were you classically trained at a music school and would you recommend that path for someone starting out today?

I was not classically trained although I did study under the Toronto Conservatory for a couple of years which only brought me up to grade 2. I believe I was about 7 or 8 years old at the time. My sister managed to get to grade 8 and she is not a musician today. I studied music theory with a jazz pianist for several years and learned a lot more than the Toronto Conservatory taught me. Recommending classical training is not something I’m qualified to do but I can tell you it wouldn’t hurt. It might not improve your song writing because that comes from the heart but if you are ever asked to transcribe your music or to understand what key to write in for various orchestral instruments it will really come in handy. In short, any and all musical training will no doubt up your game – but it will also color your approach and preferences.

Where do you usually start when writing a cue and why?

Piano is a good place to start for me because it will do virtually everything I need to map out a song. I can get melody, chord structure and rhythm all from that one instrument. I do not do that 100% of the time. Sometimes you have to get creative with how you map out songs or they will all start to sound similar.

What would be the biggest piece of advice you would give to an up and coming composer?

Never, ever give up if you know you are passionate about writing music. The journey of a composer is a never ending one. It is like standing at the foot of a mountain – the top of which you cannot see. You will never reach the top of that mountain because composing music is a journey – not a destination.

Our personal favourites from Dwayne!

Mastered by the legend himself Joël Dollié

Trends are constantly changing in trailer music so are there any tips or processes you could give to help stay ahead of the curve?

To be clear, my music is not really categorized as “trailer music” per say. Trailer music is a specific genre now with specific edit points, production values and acts (1,2 and 3). Companies have been developing trailer music sounds such as hits, whooshes, sirens, low braams etc. which have been very helpful to the trailer music production community for years. However, some sounds are getting so overused now that I sometimes find it hilarious and really boring. You cannot just take some big hits and other toys and put them on a track and call it trailer music any more than I could bang two pots together and call it epic music. So my advice would be to study very successful trailer music composers and listen carefully to what they do. Listen to the scores of films that use trailer music extensively. Make your own signature sounds instead of relying on sounds that you know hundreds if not thousands of other composers will be using. If you are using sounds from a trailer library, layer them with other sounds you make yourself. Many trailer production houses are becoming very cautious about using sounds that may trigger copyright violation notices which is the last thing you want on the day you release a big new trailer for a movie that costs 200 million to produce. In any event, you want your music to sound original – not the same as everyone else so take steps to make it original.

Do you have a list of reference tracks when it comes to writing and mixing?

I’m a little embarrassed to say I have never used a reference track in my life. I know I should perhaps but I just find doing my own thing and mixing appropriately a better approach for the kind of music I do. I also find – and I will likely get some blowback from other professionals – that striving to sound like someone else defeats the purpose of attempting to be original. Having reference tracks is now the gold standard for getting good mixes. I understand that but I guess I’m too stubborn or lazy to go that route.

Burnout is something we all experience at some point in time so what are some things you would recommend to help relax and get through that phase?

I experienced burnout on the last two albums I produced. I took a year off after my album LEGEND VIII was released and I have also been on a music “vacation” since my last album, World On Fire. I have a keen interest in woodworking and have been busy building a professional wood shop in my garage. I’m almost finished but like music, woodworking is a journey so you are never really finished. I learn something new every day and I must say I look forward to getting into my shop and building things. Music is my first love and I will get back to it as soon as I feel refreshed. As far as recommendations for getting through a burnout phase, I would just say do anything that brings you pleasure, joy, relaxation. It doesn’t really matter what it is as long as it is making you happy. Stay away from music completely until you feel the muse has returned. I rarely even listen to music while I’m recovering.

If you want to learn more about Dwayne and his music then you can visit the links below to show him some support. His latest Epic album World On Fire was released in November of 2021. This album may very well be the culmination of everything he has learned about music production since beginning as a professional musician – a very important album, indeed. He worked with an Italian female vocalist, Clara Sorace, who is considered one of, if not the best female vocalist in the epic genre anywhere in the world.

Thanks for hanging out! 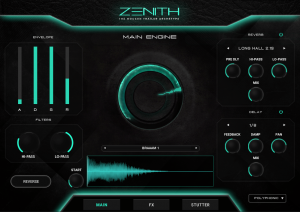